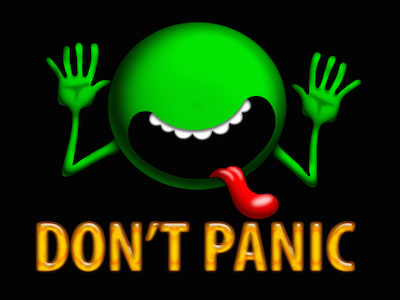 Let’s just call it what it was, shall we? We had an App Store Bubble.

It’s deflating now, although (at least with games) there are still remnants.

Take a deep breath. It’s all going to be okay.

When I started working on mobile apps back in 2005 on Palm devices, we had horrible distribution by today’s standards. There were no integrated payments, no integrated stores. People had to buy your app, download it to their PC, and then copy it to their PDA via a serial cable. And yet, even back then, people made a living at it (although, I never managed to do so).

I don’t make my living from my own apps now, either. I’m not an iOS indie, I’m a consultant/freelancer. I’ve tried being an indie, and I’m not good at it (and I’m one of those weird people that actually likes consulting). But it is possible to make a living from iOS app revenue, because many people I know from my consulting practice have and do.

But let’s think for a minute about where we are before we call the App Store a disaster.

I don’t know exactly how long there have been indie desktop software developers who distributed their software over the Internet. But I know for sure that it’s been more than 20 years. It’s not surprising, at least to me, that it’s a more mature market than mobile apps.

Mobile App Stores have existed for just about 6 years now. During that time, there have been lots of changes. We didn’t have in-app purchases at first. We didn’t have subscriptions until even later and even then, they were only for periodicals at first. One thing we’ve missed that the desktop software world has had for years is good analytics, but that’s supposed to get much better soon. Worse, there’s been much less focus on figuring out what it takes to make a sustainable mobile app business, because the hits kept coming. When it was easier to make money in the store than it is now, there was less incentive to figure out the sustainable part. Now, it’s no longer as easy, so the focus has started to shift.

But we as mobile app developers have easier access to more customers than ever before in the history of software, and it’s never been less effort for a customer to give us their money. Yes, customers are fickle, but they’ve always been. Yes, there’s been a race to the bottom in app pricing, but that’s true in many parts of our economy now (welcome to Globalization). Yes, Apple could do more to try to set expectations of what apps are worth. But the sky is not falling and the end is not nigh.

I’m confident that as the market matures we’ll find more paths to sustainable indie mobile app businesses, and we’ll build a community around it the way that the Software-as-a-Service people have. It’s not going to happen tomorrow. But it will happen.

TL;DR - Some old guy says back in his day he had to walk up hill both ways to sell software online and we should be grateful we have it so easy - and we should stay off his lawn.