This sucks, and I’m pissed off, but not because my data is so precious, but because I’m scared of where this could end up. 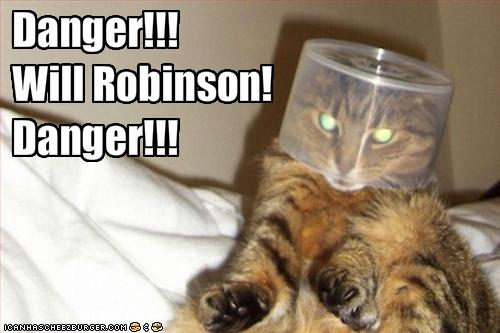 Many of us in the iOS development community make our living off writing mobile apps.  Even more developers dream of one day being able to write apps as a profession.  One (probably overstated) estimate out this week says half a million jobs have been created. For those of us that can write code (or are wanting to learn).  Even if that number is inflated, this is still a great thing.

I just got back from the 360MacDev conference in Denver (a spin-off of the 360iDev conference I’ve attended and loved the last two years).  It was fantastic, and I had a great time.  There’s a great community of developers out there who are not just willing but genuinely happy to share what they know with anyone who will listen (although there is the occasional exception).

There’s exactly one reason why this is possible - because the ecosystem is still growing, and there are plenty of people who want to pay to get an App written, which is, of course, because Apps are generating a lot of money.

But all is not well.  As the app stores grow more crowded, people are cheating to try to stand out, and worse, users are discovering that their iPhones are tracking them everywhere they go,  their Android Phones are logging all their keystrokes, malware has invaded the Android market and even the iPhone isn’t safe from malware.

And when  the size of the market starts shrinking, then  everyone starts to panic, and before long  people don’t want to hire you and then  the knives come out.

There is one thing that we, as a development community, cannot afford - and that is for the people that download and use our software to be scared of that software.  Because then the need for apps starts to dry up, and the need for mobile programmers will start to drop.

Some of us are old enough that we remember trying to sell shareware on the PC back when viruses were rampant.  It was a tough sell.  And some of us remember how hard it was to sell mobile software (for PalmOS or Windows Mobile) in the pre-AppStore world.  Back then, it was a real undertaking just convincing a user that downloading any third-party program was worth their time.  We don’t want to go back to that.

This is the golden age of the indie developer (or at least the most golden age so far).  When else in history could   a single person make half a million dollars in a month, or   make a world-wide hit while commuting or   could 3 people beat a company with almost 1000x more employees?  It’s certainly not something I expected a “geek” to be able to do while I was growing up.

And for that to continue, we need our users to trust us, and the easiest and best way to do that is to be worthy of their trust.  There will alway be rogue actors and   assholes that try to scam users.  But those apps are short-lived (although not short enough), poorly reviewed, and there’s very little we can do about individual fraudsters, or users who don’t pay attention to which developer an app came from.

But when a respectable, well-written App like Path can’t be trusted, then we all have a problem.  The app is beautiful, obviously professionally designed and written, and well reviewed.  It didn’t need to be slimy to be successful.

And what we, as professional mobile app developers, of whatever flavor, need to take to heart, in my opinion, is this: Don' t Be Scary .

If the professional, successful App Designers and Programmers agree to put what’s best for the ecosystem first, then companies will stop risking all of our long-term success, for a short-term advantage.

Yes, it’s less work to  store your users' pictures unencrypted and unprotected on a server or  store plain-text passwords in your app, and if you want your app to be more popular, it’s tempting to harvest your users' contact info, or jack up your App ranking,  but, even if you have a legitimate non-spammy reason for uploading your customers' info, just don’t.  Please, please, please always err on the side of earning your users' trust.  Yes, it might be more work for your current app, but remember, your current users are the potential users for all our apps, and whatever app you’re working on next.

We will hopefully all be writing apps for years… Unless our users stop being our users.

Don’t forget that very few mobile apps are “necessary.”  They’re a luxury - and many (if not most) app purchases are quick impulse buys.  It probably won’t take much fear on the part of an individual user before he or she decides that, even if the App is worth 99 cents, it isn’t worth the risk that it might steal their data.

Then we all lose.