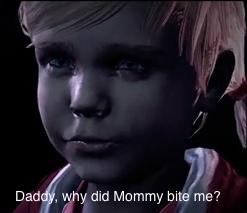 Fasten your seat belts.  After all, I wouldn’t want you to get a boo-boo - ‘cause then I’d have to start the whole rant over from the beginning (or at least my last save point). 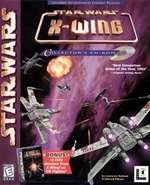 The first Escort Mission I remember was, I think, X-Wing circa 1993.  At least that’s the first time I ever remember failing to make progress in a game because some stupid computer-controlled moron paying no attention to the obvious fact that he was in a combat zone that I had no influence over had done something idiotic and gotten his dipshit Freighter-flying ass blown to tiny little bloody pieces, sparkling forever as the drifted through the cold vacuum of space.

It wasn’t the last.

Back then, honestly, I didn’t have a lot to do with my free time. Not long out of college, consulting for EDS. (Yes I’m old - get the Hell off my Lawn). So I tried that damn Escort Mission over and over. Never did get through it.

These days, I have much less time to play. And the games I do make the time to play, I have less patience with. Because, you see, I’m a father now.

I’m not complaining. I love my daughter. She’s almost 5, and I have no regrets. She’s the best thing that ever happened to me. However, not long after she was born, I started to notice something: 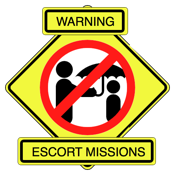 Parenting is an Escort Mission.

At least 75% of my available inventory space became instantly reserved for items for her. Walking down the hall while she was sleeping rivaled the hardest stealth elements from Metal Gear or Splinter Cell. Everything took at least 3 times as long as it used to (unless it involved car seats - that’s 30 times slower). Not only was I protecting her from “bad guys”, but sun, rain, and even loud noises. That freighter captain from X-Wing suddenly seemed positively brilliant - at least I didn’t have to buckle him into his chair before I could take off (have I mentioned lately that car seats are a pain in the ass?).

There was a difference of course - I love my daughter. I’d do anything if I thought it was best for her - no matter how annoying. The people I’m escorting in video games - they’re just an annoyance.

I played Resident Evil 4 when it came out - a year before my daughter was born. There were a couple of spots that the escort elements annoyed me, but on the whole I was okay with it. Dead Rising came out when my daughter was 6 months old. Escorting the survivors in DR was annoying - but it was mostly amusingly annoying. The main part of the game didn’t stop when they died, and that game was really about sandbox mayhem, anyway. Escorting the survivors felt like mini-games, and I could live with that.

BioShock was a turning point for me. I finished it - it was a fantastic game (right up until the last 2 missions), but the parts with the little sisters turned my stomach. Not because of the “moral choice” nonsense, but because, just a little, they reminded me of being a Real Daddy (as opposed to just a Big one). My daughter wasn’t even 2 when BioShock came out, so she bore little resemblance to the Little Sisters. Still, I couldn’t bring myself to kill the little sisters, but saving them had its own rewards. And the one escort-like mission right before the final boss battle doesn’t really count - because if you failed to protect who you were escorting, there were no consequences.

But still, it was a turning point. Because looking down on those Little Sisters reminded me - just a little - about being a parent. And I DON’T WANT to think about being a parent while I’m gaming. There are already far too many scenarios I already imagine happening to my daughter without games piling on. And games are supposed to be FUN, damn it.

By the time BioShock 2 came out, my daughter was 4. The little sisters are between 5 and 8. Although I didn’t make it far enough in to spend much time with the Little Sisters (all the Forced Failures in the first couple of levels were enough for me to give it back to the officemate I’d borrowed it from and not want to play it again), I could tell it was going to be uncomfortable. So I just avoided it.

Which brings me to tonight.

Like I said, I had enjoyed Dead Rising (Although I did destroy a controller the first time I played for 8 hours and still failed Zombie Genocide by less than 1000 zombies). And Dead Rising 2 is about to come out. And DR2: Case Zero (the for-pay demo) is in the XBox Marketplace. And my daughter isn’t home tonight (I don’t play zombie games where she might hear the audio - I play L4D with headphones), so I figured I’d give it a whirl.

But here’s the setup. You’re a father. You have a daughter - five or six years old, maybe seven. She has been bitten by a zombie. Someone steals the medicine that keeps her alive, and you leave her alone, by herself, in a gas station with a glass door while you go into town and find the medicine that she has to have at a certain time, and the entire game revolves around the countdown to the end of your daughters life. At which point you have to make it back to her in time with the medicine, protect her from the people that want to hunt her and, best case scenario, escort her out of town. 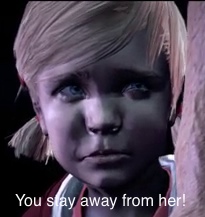 I mean, REALLY? That’s the best they could come up with? And that’s supposed to be Fun?

I do not know who on Earth would possibly think that story would be entertaining. I presume that for an encore, they would find it pleasurable to Die In A Fire and Go To Hell.

That Sucks. Game Designers - if you’re listening - give the fictional kids and the gaming parents a break. Parenting is enough of an Escort Mission as it is. Please stop using it as a cheap excuse for character motivation. It’s half-assed, and doesn’t make for enjoyable games.

And so, for the first time in my life, I now officially find myself outside the demographic targeted by a Top-Tier video game. Once upon a time, I was in the most desired population for video games. Now, I seem to be just a Grumpy Old Man.

So, if you’ll excuse me - I think there’s Someone on my Lawn that I need to take care of.